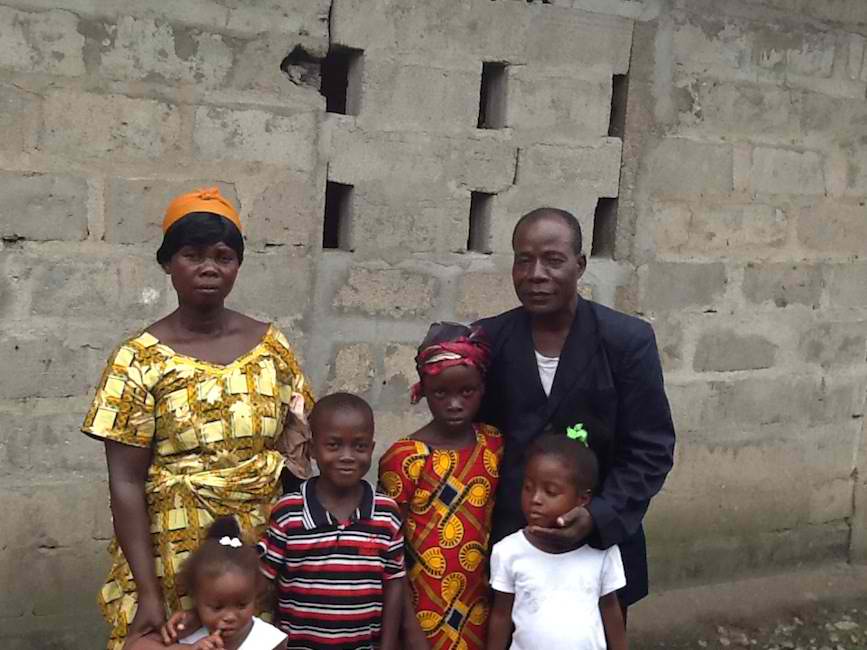 At the Good News Church of the Nazarene in Monrovia, one member contracted the Ebola Virus Disease and several others were quarantined.

Mrs. Betty Bonner, a member of the Good News Church of the Nazarene was discharged from the Island Hospital ETU, where she tested positive for the deadly Ebola viral disease and subsequently treated; her husband and children were quarantined for 21 days.

We are thankful to God that Mrs. Bonner is a survivor of Ebola, and her children and husband went through the 21 days of observation with none of them contracting the virus. The Bonner family reunited with the Good News Church of the Nazarene family in Monrovia on Sunday, November 16, 2014.

Sando Welloh contracted the Ebola virus and died a few days later. While she was sick she was cared for by her mother, Frances Welloh (a Nazarene); after the death of her daughter, she was quarantined for 21 days. We praise the Lord that Frances did not contract the Ebola virus as well.

Bro. Gabriel Swen (a Nazarene) took care of a sick person in his community, who later was confirmed dead of the Ebola virus. Brother Gabriel, like the others went through the period of 21 days of observation; and as the Lord would have it, he remained Ebola free.

To God be the glory for great and marvelous things He has done for His people and His church.