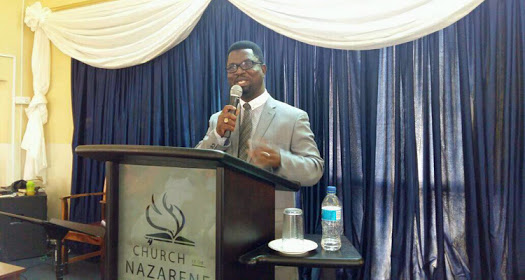 This week the Church of the Nazarene’s Africa Region announced the appointment of Musawenkhosi Kunene as the new field strategy coordinator for the Africa South Field.


The appointment was made by Global Missions Director, Dr. Verne Ward upon the recommendation of Africa Regional Director Daniel Gomis and in consultation with Jurisdictional General Superintendent, Dr. Carla Sunberg.


Kunene currently serves as superintendent of the Eswatini Central District (formerly known as the Swaziland Central District). “Dr. Kunene has a long record of service to God and the Kingdom,” Sunberg said. “His wisdom and spirit will be sensed as he brings leadership to the Africa South Field.” He will continue in the role of district superintendent, which he has held since 2015, while also fulfilling the responsibilities of field strategy coordinator.


According to Global Missions, a field strategy coordinator is “the representative of the regional director on the respective field and is responsible for administering the affairs of the Global Missions office by coordinating, guiding, and directing all Global Missions work among districts, national leaders, and missionary personnel in the assigned field.”


“Musa is a man who has a deep love for Christ and the Church.“

“His ministry involvement, cross-cultural experience, and passion for missions will be a wonderful addition to our missions team and will serve the Africa South Field well. He and [wife] Prudence both have the heart of Jesus for others, and we believe that God will use them in a beautiful way in this new ministry assignment.”


Prior to his ministry on the Eswatini Central District, Kunene was a pastor and educator in the United Kingdom on the British Isles South District. Kunene obtained his PhD in Biblical studies from Nazarene Theological College-Manchester in 2010. He earned his master’s degree from NTC-Manchester as well. Kunene is also a graduate of Southern Africa Nazarene University. He was ordained in 1997 on what is now the Eswatini North District and is a pastor-theologian, a passionate evangelist, the proud husband of Prudence, and father of three girls: Sinenkhosi, Pasheya, and Tiyantza.


“We are confident that Dr. Kunene will enrich the work of the Church of the Nazarene in Africa with his perspective and experience and continue the great leadership tradition in the Africa South Field,” the region said in a statement.


Church of the Nazarene Africa

As published by NCN News