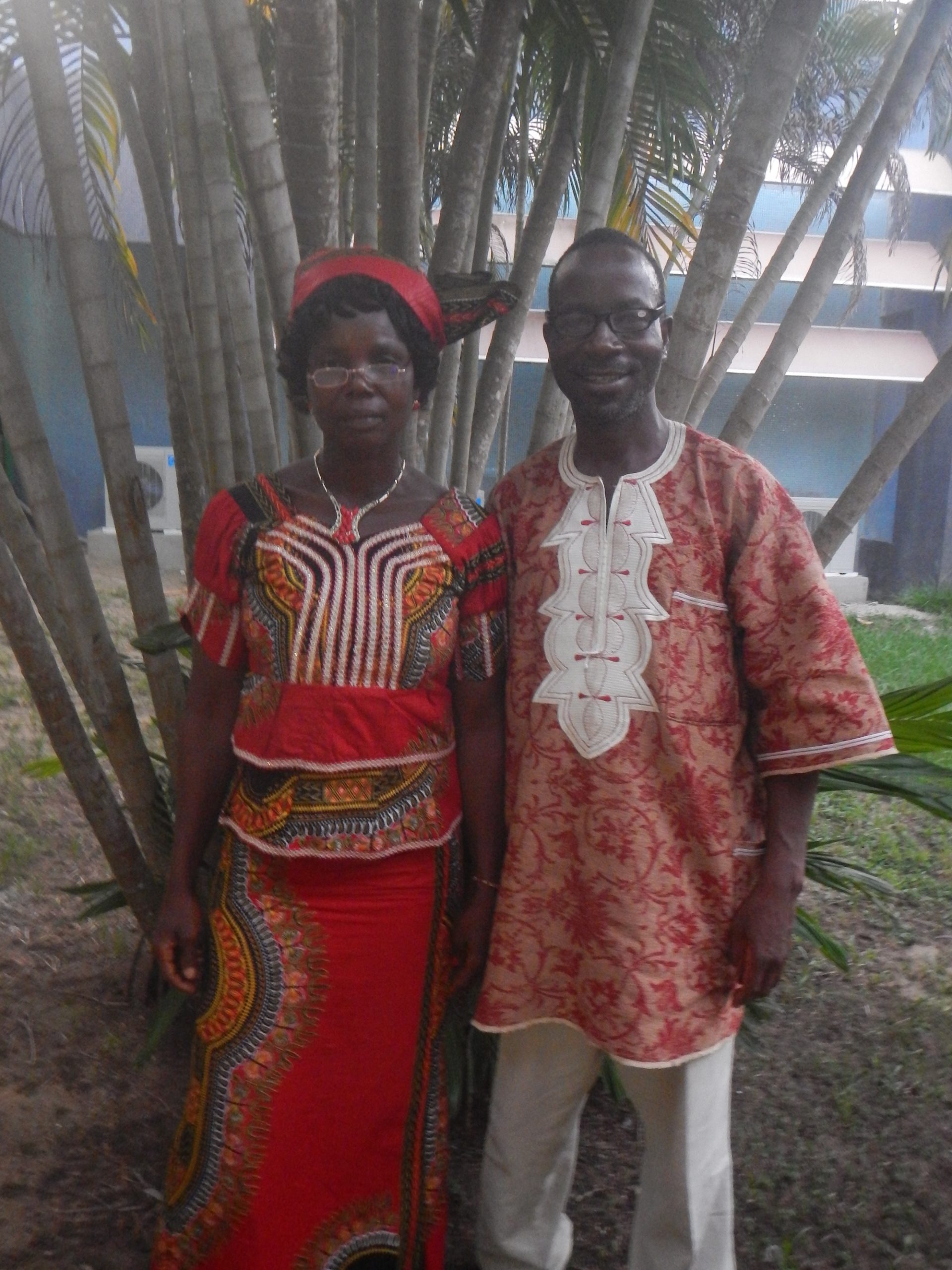 Hope amidst Demise – A New Resource in Dan

Reverend Tee T. Latahn, Nazarene pastor, school director, and radio host lives in Karnplay, Liberia. He is from the Dan people group and speaks the Dan language. His congregation also speaks Dan, as do 5,000 Nazarenes on his district, an estimated 60-70,000 people in Liberia and an even greater number in Côte d’Ivoire (the Ivory Coast). Historically known for their superior fighting skills, the Dan tribe in Liberia received from the Americo-Liberians the name “Gio” in the late 1800’s (the name of the sack in which they carried their arrows). Although Dan is spoken by many, written materials in Dan are scarce.  Tee laments. “Most of the Bibles that were printed in the early 1980’s are now disappearing.” (During the interview, I witness for myself the tattered and worn state of his Bible.)

For the past 13 years Tee and his wife Bouyanue have had a radio ministry with a listenership in the tens of thousands. He explains. “We usually give our message in English and then give a summary translation in the Dan language.  Unlike other radio producers who only use English, our radio has caught the attention of many Dan listeners.  Many listeners want to get a copy of the Dan language Bible.  Sometimes in the past, we have translated parts of the church’s Articles of Faith and also had a mini-conference with pastors for three days [to discuss them] and later took copies to their churches.  At the National Conference in Ganta, we shared our work on the Articles of Faith with the other zonal leaders and pastors.”

Recently, Tee and his wife had the opportunity to attend a translation summit in Abidjan in which they finished the translation of the Articles of Faith in the Dan language. They emphasized the conference meant a great deal to them. Having all of the Articles in Dan provides a great discipleship resource for those in the church, and also helps those who listen to their radio program. Tee said that he originally started his church by teaching about the church and sharing the Articles of Faith on the radio.  He explains, “Many have called the radio station to ask for a written copy.  Some have walked long distances to the church after hearing the Articles of Faith on the radio.  One such listener who walked to the church and asked for a copy gave $50 as a contribution toward their new church building.” (This is a very generous gift considering that some workers, especially in farming communities make as little as a dollar a day.) Tee explained that even “those who opposed the church’s holiness message in the beginning are now embracing the message.  We used to worship in a school.  The man who was trying to force us out of the school, the head master, heard the radio program and is now a good friend and supporter.”

In addition to pastoring a church and running a radio ministry, Tee is also the director of the school he started. His wife, Bouyanue, teaches there.  He started the school during the civil war when many of the government schools were closed down. He wanted to keep children from becoming child soldiers, which was very common in his area. He shares that before the war they used to have limited materials to teach the Dan language but do not have any now.  He said he would love to get materials to teach literacy of the Dan language in the school.

Although they don’t teach Dan literacy in the school, they currently offer some literacy classes in his church.  While the Gio people are hungry for Christian resources, Tee said they have not been able to find any in the Dan language. “The people are happy to get books but they are not available.” Other than the Bible, (which is scarce) the Articles of Faith that they translated is the only available Christian resource in Dan.  Better resources would help Tee accomplish his dream, which is “to work with the Dan people in Liberia and those across the border in a larger way.”

In a country plagued with a history of civil war and more recently Ebola, the translation of Christian materials, like the Articles of Faith into Dan offers hope to many in the church and beyond.

*Authors Note:  On April 9th, (a week after I interviewed Tee) Tee’s 10 year old son, Emmanuel, died when he fell from a tree while trying to pick a mango. A few days later, I received the following message from Tee:

“The death of Emman was a sad event . . . but by the help of our Lord, we are being consoled. Emman’s death brought together thousands of friends, relatives and sympathizers of different backgrounds for one week. More than 10 got converted only because of our testimonies and devotional messages. Our God provided the means to feed all the people during the one week. We bless our Lord and thank all of you for praying.”

Please continue to pray for Tee, Bouyanue, and the Latahn family.