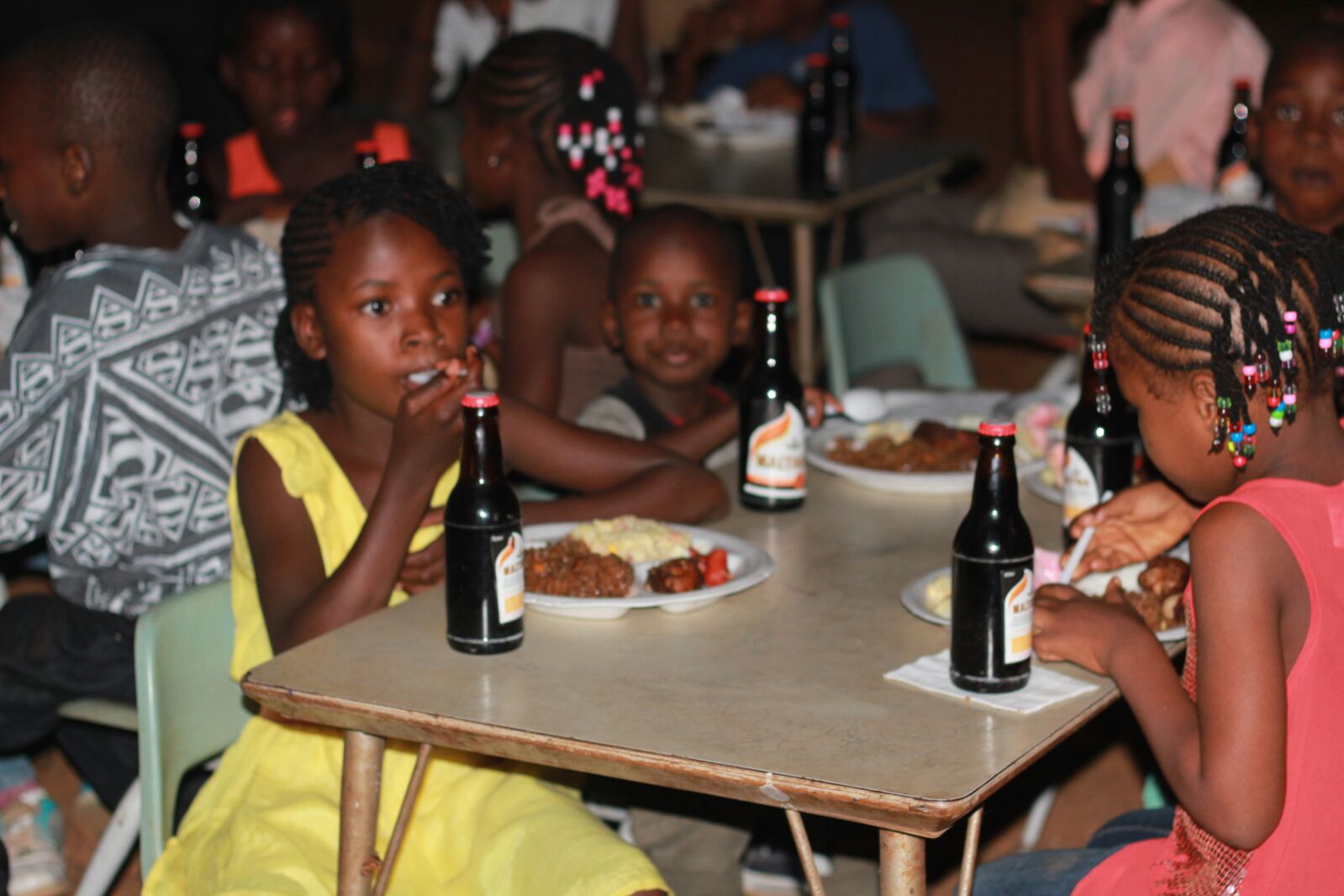 As a result of the outbreak of the Ebola virus in Sierra Leone, twenty-two children in the Wellington and Sima Town area, situated in the east end part of Freetown, were left helpless and homeless as they lost their parents and relatives to the virus. The children are presently cared for by Joshua Sandy, a Christian brother. Through the help of friends and loved ones he has been able to rent a house where all of them are now staying together as one big family.

According to Joshua, the Ebola outbreak shattered the dreams of these young children; thus he named the house “Dream Again Home”. His desire was that through the help of God these children, whose dreams had died, would be given the opportunity to Dream Again.

We first encountered these children during the rice distribution program the church embarked on in June this year. As we spent time with them during the distribution process, we sensed a special bonding with them; it was evident that the Lord was giving us a passion/burden for them. Our time with them was very emotional as we listened to them narrate their stories. Since then, we have continued praying with and for them and we have supported them from time to time.

As we approached Christmas, we went on a visit to the home and the children spoke about organizing a Christmas party for them and they asked us whether we could help them. We thought about it and concluded that it was the least we could do to put a smile on their faces. Last year, there was no Christmas celebration in Sierra Leone because the virus was spreading rapidly by then. This year was indeed the right time to give these children a special treat so they could feel loved and accepted, and so they would know that they are not alone. We wanted to extend the love of God to them by sharing food and drinks with them during this festive season.

We decided on the date for the party (28th December 2015) and we worked on the necessary preparation to ensure the children had a great day of celebration. It involved getting them some new clothes and shoes to put on and the girls getting their hair nicely plaited and decorated with colorful hair accessories. We also arranged for a variety of special meals, drinks, and snacks to be prepared. In addition, we got a sound system for the children to enjoy gospel music as they ate their food.

The program started with an opening prayer from one of the secondary school children after which various speeches were made from the children. One of the kids made a “Thank You” speech to the Sierra Leone District Church of the Nazarene and it was very touching. I was also asked to make a statement and to respond to the speech. It was an evening of fun, laughter, dancing and celebration. The children danced in groups of threes and fours and they did some drama too. The food was very delicious and the children enjoyed it very much. All of them ate and drank to their satisfaction. The little girls displayed their walking styles in “cat walk” fashion and it was very interesting; it was much fun to be with them. We took photos together and they displayed “Thank You” messages in various languages. It was indeed a great time and the children expressed much appreciation to the church.

As we were getting ready to go home, one of the little girls named Philo held on very closely to my wife and I as we took some snap shots and she did not want us to go. We had to spend some time talking to her; reassuring her that we would be back before she finally let go.

We give God all the glory for making it possible for us to be a blessing to the children. We went home with a great sense of fulfillment, knowing that we had been channels in the hand of God to bring joy to the kids. We seem to have become the family that they lost to the Ebola virus. We look forward to continuing to minister to them in the coming year.